Freezing in the Dark 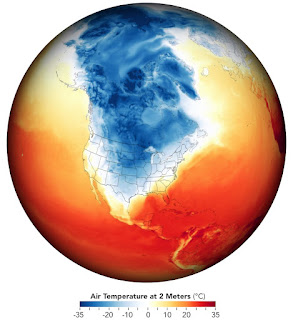 Minot, ND, has brutal winters with temperatures of twenty below for days on end, before adding in the wind chill. Interesting thing about Minot and the rest of North Dakota, it’s rare that they lose power for more than an hour or so when it gets that cold. Strain on the grid can lead to rolling black outs, but total grid failure? No (Full disclosure, my son is stationed at Minot AFB).

The reasons are several: North Dakota power plants and gas pipelines are hardened against cold weather; its electric grid is part of the Eastern Interconnect, which is regulated by the Federal Government; interstate electric grids have to meet certain standards, like being able to operate in cold weather; and the interconnect allows North Dakota to get power from elsewhere in the country if needed.

Texas, as I am sure you have heard by now, doesn’t want to be regulated by the Federal Government, so most of its grid has no connection to the rest of the country. No regulations, no standards. No dependency on anyone else. It’s Texas after all. Had the state been connected, the power outages might have still occurred, but the grid probably would not have almost collapsed.

Also keep in mind that contrary to assertions by Governor Abbot, it wasn’t the Texas wind turbine shut downs which lead to the electric grid collapse, it was frozen gas line valves and infrastructure failures at nuclear power plants.

The disaster Texas experienced last month also happened in 2011, yet Texas did nothing to prepare for this one. To quote Winston Churchill, “Those that fail to learn from history are doomed to repeat it.”

Then there were all the burst water pipes, both in homes and below the streets, not only in Texas, but in many locales across the Deep South. It’s routine in the South for residential water pipes to be routed through uninsulated attics and municipal water pipes to be laid above what we hardy New Englanders would consider the frost line.

If the world is warming up, why does the subtropical US need to be prepared for cold snaps as brutal as the one last month?

Relative to the rest of the planet, the Arctic is warming much faster. It still gets extremely cold in the winters, because well, it’s the Arctic after all. With a warming planet, the polar vortex, a 600-mile wide low pressure area that sits above the North Pole, periodically destabilizes. When it does, the jet stream, the high altitude fast moving winds which circle the planet, weaken as well. Loops and waves appear in the jet stream, which allows cold air to “leak” out of the Arctic and spread south. This winter’s vortex breakdown was predicted by a European weather forecast team last October.

An unstable jet stream causes problems in other seasons. A wave or loop in the jet stream can stop moving, causing areas of high and low pressure to stay in place. If a high pressure system doesn’t move in the summer, the stagnant warm air can suck the water out of the soil leading to drought and cause persistent heat waves as well. Large storms systems skirt the edges of a jet stream loop, leading to more frequent torrential rainfalls and consequent flooding.

We are seeing more and more of what researchers call unstable weather. Not all of it can be directly tied to our warming world, according to scientists who are studying the links between extreme weather events and climate change, but a lot of it is.

First, the Southern US is not prepared for cold spells any more than it is for the increasing frequency of extended droughts, floods, or heat waves.

Second, governments at all levels, national to municipal, need to plan for the kind of weather we have now and not prepare based on weather data from even a 25 years ago. We need to upgrade our infrastructure, which has been sorely neglected for decades.

Third, we need to remember that people AND governments have to depend on each other.

Former Texas Governor (and former Secretary of Energy) Rick Perry said that “Texans would be without electricity for longer than three days to keep the federal government out of their business.” Irony is that Texas was glad to have FEMA in “their business” after last month’s disaster. I wonder how many Texans Mr. Perry speaks for these days.

Fourth, the conveniences of our modern world, like reliable electric power when we flick a light switch and clean running water when we open a faucet, should not be taken for granted. Our society depends on these basic services. When they stop and the government cannot effectively step in to fill the gap, people find out that the veneer of civilization can be pretty thin.

That folks, is not a good thing.