A Tale of Two Visions 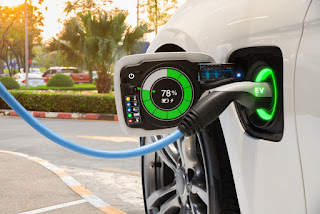 Two significant headlines last week in the Washington Post caught my eye because they indicate diametrically opposed visions of the future:

“As Biden vows monumental action on climate change, a fight with the fossil fuel industry has only begun.”

“General Motors to eliminate gasoline and diesel light-duty cars and SUVs by 2035.”

It’s hard to discuss the implications of these headlines without looking at the numbers, but it’s what you have to do to understand what’s going on.

The oil industry is pissed off because the Biden Administration froze petroleum exploration leasing on federal lands and waters. I think it’s much ado about nothing, because the industry is not using 53% of the onshore and 77% of the offshore leases they already hold. Not only that, but the oil industry shunned the first auction of oil and gas development leases along the coastal plain of the Alaska National Wildlife refuge. Only half the parcels were sold, most to the State of Alaska.

Consider also that oil companies comprised 28% of the U.S. stock market in 1980, but a tenth of that now, according to the Post. Investors are always looking at future return on investment and it’s clear they think the oil industry’s future is grim.

So, what’s with GM? In the 2000s, they experimented with electric cars, but ended up buying them back and destroying all but two. Now they want to throw $27 billion by 2025 in electric vehicle (EV) manufacturing and battery production, with a goal of converting 40% of their entire line of cars, vans, SUVs, and light trucks to electric by 2026 and 100% by 2035.

GM is actually a new comer here, according to the Post article. Ford is spending $11.5 billion on EVs such as the Mustang Mach E by 2022. VW will build 70 different models of EVs by 2031.

GM’s decision is hardly altruistic. The Post noted that the California economy, the fifth largest in the world, is going to prohibit sales of gasoline-engine cars by 2036. England will do so by 2030. Biden’s plans to electrify the Federal fleet of light vehicles is another incentive. The worldwide market for EVs is expected to go from 5 million today to 140 million by the end of the decade. EV sales increased during 2020, even as auto sales overall took a huge beating.

The other thing to note is that the cost of alternative energy, EV, and battery technology is declining at a rapid rate as the technology advances and commercial production scales up. The lifetime cost of EV ownership is on par or even cheaper than gasoline-powered vehicles.

You may ask why we should go electric if most of our electric power is generated by gas, coal and oil. Aren’t we just shifting the carbon pollution elsewhere? Good questions, but consider these trends:

Second, grid-scale wind and solar now account for 8.7% of U.S. power generation, up from about 0.16% in 2000. A new study indicates that they could provide 70% by 2035, especially, as is projected, the cost of grid scale energy storage continues to decline.

Bottom line - as EVs replace conventional vehicles, they will be recharged by an increasing amount of alternative energy.

The switch to EVs will not happen overnight. I expect it will take over a decade. It cannot come soon enough.

Whether you accept it or not, we are now in a climate crisis. The rate of global temperature rise, ice sheet melting, sea level rise, as well as the frequency of heat waves and wildfires are accelerating faster than projected even a few years ago. There were 22 “billion-dollar” weather-related disasters in the US alone in 2020, compared to 6 in 2010, 4 in 2000, and 3 in 1990 (numbers inflation adjusted). All these trends go under the heading of “wrong direction.”

Both the fossil fuel and auto industries see the writing on the wall. One is fighting a rear-guard action to hang on to the past and the other has decided to look towards the future.

Posted by Andy Koenigsberg at Sunday, January 31, 2021 No comments:

2020 in Review - A Different Perspective 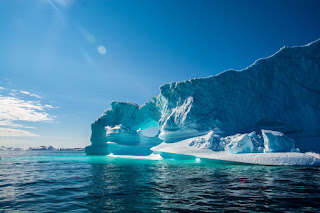 On January 21, 2020, I posted a link on Facebook to a Washington Post Article entitled “Chinese officials urge people not to travel in and out of the city at the center of the virus outbreak.” I commented “Is it just me or are current events starting to seem like the plot of a dystopian science fiction novel?”

It is getting harder and harder to find subjects about which to write that don’t sound like the plot of a dystopian science fiction novel. Case in point - Earlier this year, my son sent me a set of pictures comparing the fictional Los Angeles of Bladerunner 2049 to San Francisco during the height of last summer’s wildfires, which covered the region in thick blankets of smoke. It was hard to tell the difference between fictional pollution-choked skies and the real smoke-choked skies.

The pandemic and, to put it mildly, the extended and chaotic political season, drowned out what was happening in the larger world beyond the 24-hour news cycle.

From Spring to November, the US simultaneously drowned and burned.

The 2020 North Atlantic hurricane season was the most active on record, with 30 named storms, 12 of which made landfall in the US. Lake Charles, Louisiana was hit twice. The very last storm, Iota, reached Category 5. Four others reached Category 4.

Why all the storms? The heat stored in the North Atlantic is almost three times what it was five decades ago, about the equivalent to the energy released by almost half a million modern nuclear weapons. For comparison purposes, the US currently has 5,800 nuclear weapons.

The Earth had the warmest November on record, despite the fact that the planet should be in a periodic cooling cycle called La Nina. On an annual basis, 2020 may be the second warmest year on record. 2016 so far has been the hottest, but that year was during an El Nino warming cycle. Does this mean that we will break another global temperature record when we have the next El Nino? I can’t say for sure, but the trends suggest we could.

According to NOAA, last summer was the fourth hottest on record with July the second hottest on record. The southwestern US states all had their warmest August. Average August precipitation across the US was a mere 2.35 inches, making it the third driest on record.

The extent of the summer Arctic sea ice was the second lowest on record, 23% below average. The lowest? 2016, when the world average temperature was the highest on record. The last major ice shelf (expanse of floating ice attached to land) in Canada broke up on August 6th.

The annual Arctic Report Card stated that the average Arctic air temperature was the second highest on record since record keeping started in 1900. All other record highs have occurred during the last 6 years. High temperature records were broken throughout the Arctic. As I wrote in a column earlier this year, Siberia had over 18,000 wildfires which collectively burned an area the size of New York State.

Last February, the furthest north peninsula of Antarctica had a heatwave, with temperatures equivalent to Los Angeles during the same period. It was the third such heatwave of the 2019-2020 Antarctic summer. “If you think about this one event in February, it isn’t that significant. It’s more significant that these events are coming more frequently,” said one research scientist.

I could keep going with the numbers, but I hope you get the picture.

The number of sick and dead from Covid in the US are now staggering and unrelenting, but a vaccine is on the way. An end is in sight.

The ongoing changes to our planet are also staggering and unrelenting, but unlike Covid, there is no end in sight.

Posted by Andy Koenigsberg at Thursday, January 07, 2021 No comments: