Just Hope for the Best 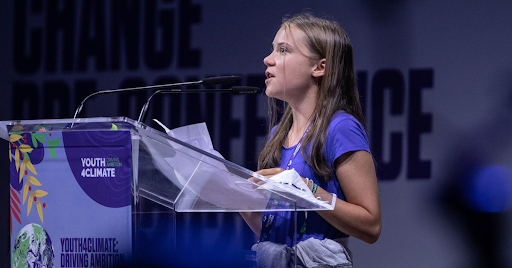 If you heard a strange noise coming from your car’s engine which won't go away, would you 1) take it to a mechanic, 2) wait until the noise increased to loud grinding and burning oil was coming from your tailpipe, or 3) just hope for the best?

If you've read my posts, you know where this analogy is going, but I'm taking you there anyway.

The first UN Intergovernmental Panel on Climate Change (IPCC) assessment was published in 1990. It was equivalent to the car’s engine noise. Something is going on. We think we know what it is but are still not completely sure.

The gist of the sixth report issued last August was equivalent to loud grinding and burning oil coming from the tailpipe. The problem is real, damage is happening and the longer we wait, the bigger the repair bill. I am not exaggerating. The 1,800 page report, written by 234 authors, and containing over 14,000 references, can be boiled down to these headline statements:

It is unequivocal that human influence has warmed the atmosphere, ocean and land . . . The scale of recent changes across the climate system as a whole and the present state of many aspects of the climate system are unprecedented over many centuries to many thousands of years.

Human-induced climate change is already affecting many weather and climate extremes in every region across the globe. Evidence of observed changes in extremes such as heatwaves, heavy precipitation, droughts, and tropical cyclones, and, in particular, their attribution to human influence, has strengthened since [2014].

Last November, the 26th Conference of Parties (COP 26) was held in Glasgow. Representatives of 200 countries, including 120 leaders attended. The purpose was to decide what to do next about what is now the climate crisis.

During COP26, over 270 climate scientists from academic and research institutions around the world wrote an open letter to the conference. The letter stated, in no uncertain terms “. . . that immediate, strong, rapid, sustained and large-scale actions are necessary . . . to hold global warming to well below 2 degrees C and pursue efforts to limit it to 1.5 degrees C, and thereby limit future risk and need for adaptation over the next decades to centuries.”

Their words fell on deaf ears. The final conference agreement did not come even close to what those scientists recommended. It won't make a dent in current trends.

UN Secretary General Antonio Guterres said that the agreements were inadequate, given the enormity of the problem detailed in the latest IPCC report. “It’s not enough” given that “we are in the fight of our lives.”

There were a lot of carefully crafted statements about countries doing their share, but with enough weasel words to make those commitments essentially meaningless. It contained vague promises to cut emissions, but countries either cannot or will not accurately determine their carbon emissions in the first place.

The tasks countries need to take on, like ending fossil fuel subsidies, getting rid of coal, and an extensive list of other actions, were missing. India and China changed the final language of the agreement so that coal use will be “phased down,” not “phased out.”  The U.S. declined to join a pledge to phase out coal. The agreement did not even mention oil and gas.

The way I see it, countries are still doing what they see as best for themselves in the short term. Nations trying to raise their standard of living see fossil fuels as the most expedient way to get the energy they need. For energy exporters like Russia and Saudi Arabia, fossil fuels get them the money they want.

After 30 years of increasingly detailed warnings, nations and businesses are still slow-walking this whole process, hoping for the best. But the best is not what’s happening.

During 2021, The U.S. experienced eighteen $1Billion plus weather-related disasters, totaling $99 billion in losses. According to Climate Central, “The average time between billion-dollar disasters . . . has dropped from 82 days in the 1980s to just 18 days on average in the last five years (2016-2020).

What is also troubling is that scientific predictions are being outpaced by reality. For example, an Antarctic ice shelf is holding back a Florida-sized glacier from flowing into the sea. A few months ago, its breakup was predicted to be decades away. It is now expected to breakup in 3 to 5 years as satellite photos show massive cracks appearing this year.

The ever-increasing frequency and intensity of weather disasters are the predictable and predicted result of a warming planet.

This planet’s leaders cannot say they were not warned. Regardless, they have made a consensus decision to accept the “future risk and need for adaptation over the next decades to centuries” on behalf of the rest of us.

This is our planet. Cherish it. Happy New Year.